"You have created a civilization in the world. Fractured and divided it is, but it is a civilization. You have become increasingly interdependent between your nations and cultures. This was the intention of the Creator, for this is the natural evolution of humanity and all intelligent races in the universe." [1]

"Eventually humanity will have to outgrow its adolescent emphasis on growth and to focus on stability and security as its primary focus. This is what all the races in the Universe evolve to do. They go through their stages of growth, which usually leads to a kind of overreaching of their resources, sometimes even to destroy civilizations. But eventually they have to determine how they are going to be stable within their environment. This is a very great thing. This is what the evolution of civilization really means." [2] 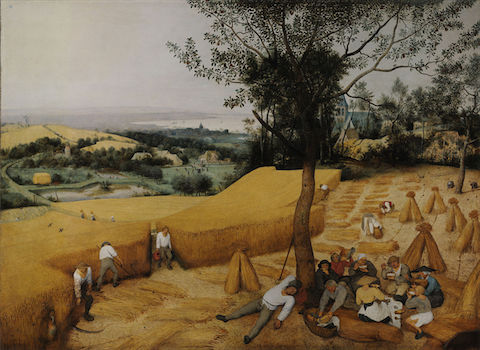 The history of civilization on Earth

"Jesus was sent into the world by his Spiritual Family to be one of the individuals who would inaugurate a new era in human development and evolution. We call this the era of civilization. The purpose of this era was to slowly take humanity from its tribal identity and tribal isolation towards an international and interracial involvement. This international and interracial involvement has been cataclysmic and very difficult, but it has led to humanity’s becoming established in the world—not only in its tribal states, but in its larger states representing many races and cultures, ideas and beliefs." [3]

"The teaching of compassion, forgiveness, and devotion and the example of Jesus all serve to unite people across these great and difficult gaps of separation. Jesus’ accomplishment, then, was to help usher in the age of civilization. Civilization in this age is distinct from earlier civilizations which were primarily tribal civilizations. In your current age, civilizations involve not only one tribe and one language, one group or one family, but bridge far beyond these boundaries. And though humanity has quarreled and struggled with itself through all of these transitions and developments, a greater foundation nonetheless has been established for human experience beyond tribal custom and identity." [3]

"You are entering a new era now. It is not the era of international civilizations. It is an era requiring a united world civilization. This is a far greater challenge and one that will take a great deal of time and probably much struggle to accomplish. What will give it necessity and impetus is the world’s emergence into the Greater Community." [3]

The threat to human civilization 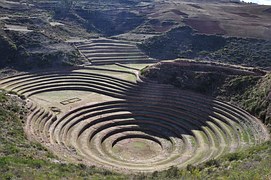 "If nations begin to fail, they will fall like dominoes." [4]

"The Collectives are a very small presence in the world, and yet they can have great advantage here, encouraging governments to take actions not in their best interests and encouraging conflicts that will only lead both sides to a greater decline and impoverishment. They can promote the use of the world’s resources in such a way that would only lead to humanity’s decline and the collapse of societies, and even civilization itself." [6]

"Human ingenuity and human cooperation will determine whether humanity will have a future and whether human civilization can survive and can build a new foundation of unity and cooperation." [7]

"If humanity will not and cannot prepare, if it cannot restrain its own greed, corruption and competition with one another, then the results will be far worse, so much worse that words cannot describe it—a collapse of civilization, an immense reduction of the human population, further devastating the world and depleting its resources." [7]

"History tells you how great civilizations have capitulated to small groups of clever and deceptive invaders. Especially later in the history of the world, this has been demonstrated repeatedly. Entire nations and cultures, even today, are falling under persuasion of foreign powers by dependence on foreign technology and by the persuasion of the Intervention itself." [8]

"The poorer people of the world understand deprivation. They understand intervention. They understand manipulation, for they have been living under it and suffering under it for so very long. It is the wealthy people who are ignorant, who are blinded. It is they who must bring to bear the strengths of humanity. It is they who must unite the nations to preserve human freedom and sovereignty in this world and to assure that human civilization does not crumble under the weight and the force of the Great Waves of change." [8]

"Many people will have to migrate, and there will be a great shift in the order and function of civilization." [5]

"If they value what civilization provides, which are wealth, security, stability and opportunity—things which primitive peoples rarely ever experienced—then they will have to join together to build this for the future. It will not be a one-world government. That is silly. But it will be a world of cooperation because the alternative is too terrible to consider." [9]

Civilization in the Greater Community

"Conflict is endemic here. It exists within each individual. It exists at the level of family, community, culture and nation. And it does not stop here, for the physical universe is also a place of conflict, though many civilizations have evolved to a point where they have been able to minimize conflict in order to stabilize their societies." [10]

"Beyond the curtain of shining stars above us is the living cosmos, pulsing with movement, change, conflict and relationship. It is a vast community—a billion billion civilizations undergoing a relentless process of birth, growth, maturity and decay, all in an expanding universe whose outer limits none have explored." [11]

"Civilizations that were the most long lasting tended to be extremely conservative and resistant to change and innovation. Consider this on a larger scale and you can see how nations tend towards this pattern as their emphasis on stability and security increases." [12]

"If you live in a highly structured, highly technological civilization, the possibility for you to experience Knowledge as well as express Knowledge is very small." [13]

"Much wisdom has been created, established and learned in the Greater Community, in civilizations far older than your own." [14]

"Even the races close to you, relatively speaking, in this region of space are entirely different in appearance, in thought, in behavior, in the structure of their societies and civilization and in their emphasis." [15]

"Hear our lesson, please, we will tell you about a race in the Greater Community that was advanced far beyond what you can imagine, yet they did not have Knowledge.They did not become aware of events before they happened. They were not prepared. They were specialists in technological development, yet they fell prey to a Greater Community that they did not understand because they did not have Knowledge. Therefore, they were ignorant of the forces around them. And though they contracted to make devices for other races, they did not understand the intent of the other races, nor did they wish to. They were isolated and ignorant and, as a result, their civilization is no more." [16]

"As civilizations mature and become more technological, freedom often declines, if it ever existed." [11]

"Over the course of a very long time, many experiments have been done to attempt to design a hierarchical system of functionality. In very small groups, such as economic Collectives, it has been achieved with a certain degree of success. But in larger established societies, it has become more difficult to achieve. If groups with different genetic designations intermingle with one another, the results can be unpredictable. In larger societies, it is very difficult to separate one population from another entirely. They can stimulate each other in certain ways beyond the predictions and the calculations of their genetic designs."

"This is one of the reasons why free nations avoid contact with large nations who rely upon collective breeding and genetic design. It is one of the reasons, likewise, that these large nations avoid contact with free nations, where individual expression and the demonstration of individual creativity would be seen as a danger to the social order by these larger civilizations." [17]

"Freedom is rare, freedom in any society, even in a primitive society. It is rare because of the difficulties of living in the physical environment—the challenges of survival, the acquisition of resources, competition with others, the threat of war and annihilation, the problems of governance, the size of civilizations and the rise of technology." [18]

"As humanity begins to face the fact that it has grown beyond the limits of its resources, you will see the power of the needs of civilization itself—the needs of the human family—to prevail over the rights and privileges of its citizens out of sheer necessity." [18]

Early civilizations on Earth and the Greater Community

"The world has been visited for a very long time. These visitations have been from a number of different races for different purposes. Some have come here to gain biological samples from the immensely rich diversity of life in the world. Others have come here to hide things, to store things beyond the awareness of the native peoples of the world. At different points, others have established bases here temporarily and on a few occasions have tried, in more recent history, to educate or to influence early human civilizations. These visitations were brief and were not sustained for long. The bases that were established here were only mainly to gain a greater understanding of the Earth’s geological and biological realities. Attempts to influence early civilizations proved to be unsuccessful." [17]

"With only a few exceptions, attempts to communicate with them were never made. They were deemed unready to engage in meaningful dialogue. Yet certain native groups were given wisdom about life existing beyond the world. This was demonstrated to them by visitations and by the giving of gifts. This existed in tribal nations long before and, in some cases, after the existence of early human civilizations." [17]

"Since technology is a very important part of life in the universe, particularly regarding travel and communication, attempts to influence these early civilizations proved to be unsuccessful." [17]