"The world has been visited for a very long time." ... "from a number of different races for different purposes." ... "many biological elements have been taken from the world periodically to support the emergence of life elsewhere." [1]

"You have to speak out against their attempt to interbreed with humanity, to create a new leadership here." [2]

Many thousands of years ago, in your time, several races came to interbreed with humanity to give humanity a greater intelligence and adaptability. This led to the rather sudden emergence of what we understand is called “Modern Man.” This has given you dominance and power in your world. This occurred long ago. However, the interbreeding program that is occurring now is not the same at all. It is being undertaken by a different set of beings and by different alliances. Through interbreeding, they are seeking to establish a human being who will be part of their association yet who can survive within your world and who can have a natural affinity with the world. Your visitors cannot live on the surface of your world. They must either seek shelter underground, which they are doing, or they must live aboard their own craft, which they often keep hidden in large bodies of water. They want to interbreed with humanity to protect their interests here, which are primarily the resources of your world. They want to have human allegiance assured, and so for several generations they have been involved in an interbreeding program, which within the last twenty years has become quite extensive. The visitors want to create a human-like being who can live within your world but who will be bonded to them and who will have a greater set of sensitivities and abilities. The second purpose of this program is to influence all those that they encounter and to encourage people to assist them in their undertaking. The visitors want and need human assistance. [3]

"Though the world has been used as a depository and a laboratory for a very long time, there has been no serious intervention here since colonies were established many thousands of years ago. The human race was developed and advanced during this time with the infusion of genetic material from beyond, and this represented a great step forward in humanity’s evolution at that time." [4]

"If any alien race tells you, 'Well, we are here to enhance your genetic code,' you must not believe this. It is not true. If you really want to be a laboratory animal, if you really want to be subjected to an occupation, if you think this is what it means to have contact with life in the Universe, then what is going to change your mind? Experiencing the occupation and waking up one day and saying, 'My God! I am no longer a free person and I have no recourse'?" [5]

"From the human viewpoint, collective breeding is horrific even though at this moment there is experimentation with genetic manipulation under the guise of improving the health and welfare of people. But this represents a seduction of power and a complete undermining of the reality and the potential of human freedom and creativity." [6]

"Such ideas are now being discovered in the human family. Much of this information has been introduced by those races who are visiting and intervening in the world today. It is in their interest that humanity would develop and use this technology. For economic Collectives have great difficulty dealing with nations of relatively free individuals. It is in their interest that the human populations become more uniform and more like the Collectives themselves." [6]

"Many of the beings that are being encountered in the world are bred by collectives to be servants. Their genetic heritage has long been lost to them. They are bred to serve, as you breed animals to serve you." [7]

"Here it must first be emphasized that collective breeding is incredibly expensive, requiring a major infrastructure to educate and to direct an individual’s development." [6]

"Over the course of a very long time, many experiments have been done to attempt to design a hierarchical system of functionality. In very small groups, such as economic Collectives, it has been achieved with a certain degree of success. But in larger established societies, it has become more difficult to achieve. If groups with different genetic designations intermingle with one another, the results can be unpredictable." [6]

"Should you ever have encounters with trading nations in your region, you will see the evidence of collective breeding. You will see it expressed in extreme forms, and you will see the exertion of genetic emphasis in general populations, which will tend to be very uniform in their appearance and behavior. It is a danger that humanity will have to face because this kind of genetic manipulation is a seduction. It is a seduction of power. Though it may seem to have an innocent purpose at the outset and certain practical applications, the seduction of power is there nonetheless." [6]

"The interbreeding program is becoming very successful. Already there are those walking your Earth who are born of the visitors’ consciousness and collective endeavor. They cannot reside here for long periods of time, but within only a few years, they will be able to dwell upon the surface of your world permanently. Such will be the perfection of their genetic engineering that they will seem only slightly different from you, more in their manner and in their presence than in their physical appearance, to such a point that they will likely go unnoticed and unrecognized. However, they will have greater mental faculties. And this will give them an advantage that you could not match unless you were trained in The Ways of Insight." [9]

"Clearly, an interbreeding program is an attempt to fuse humanity’s adaptation to the physical world with the visitors’ group mind and collective consciousness. Such offspring would be in a perfect position to provide the new leadership for humanity, a leadership that is born of the visitors’ intentions and the visitors’ campaign. These individuals would have blood relations in the world, and so others would be related to them and accepting of their presence. And yet their minds would not be with you, nor their hearts. And though they may feel sympathy for you in your condition and for what your condition may well turn out to be, they would not have the individual authority, not being trained in The Way of Knowledge and Insight themselves, to assist you or to resist the collective consciousness that has fostered them here and given them life."[9]

"Anything that a foreign race seeks to do in this world must have significant human assistance. This is because of the biological barrier that this world presents to the universe and to those races who have evolved in sterile environments, who are not adapted to be in biological, terrestrial environments such as this. Because worlds such as this are very rare, there are very few races in the universe who have this adaptation. That is why the native races must be cultivated and genetically aligned with the intervening races. It is a time-consuming process, but the results are believed to be worth it by those who are engaging in such activities." [10] 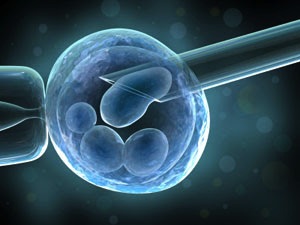