"There is no conflict between Creation and evolution, for God created evolution so that everyone in separation could find their way back." [1]

"The evolution of the world is accelerating." [2]

Evolution in the Greater Community

The evolution of humanity

"Intelligent life was seeded in your world. This was a gift from the Greater Community. It was a gift of greater intelligence so that your ancestors could accelerate their development within a relatively short period of time. This gave birth to the modern human race as you know it now. Intelligence was seeded in a few places and then it dispersed throughout the world." [4]

"It is accurate to say that humanity has advanced through the efforts of a very small percentage of the population. This percentage must grow for humanity to be able to meet the great and global challenges that face humanity—problems that have been created here and problems in the Greater Community as well." [5]

"Humanity is preparing for the Greater Community. It does not know this yet, of course, but that is its stage of evolution, and everyone is involved." [6]

"Perhaps you take for granted that humanity will just continue, but humanity has faced great challenges before, but it keeps going and it keeps growing, and there are very positive things that humanity has created. It has made many improvements in many different aspects of human life. If you do not see this, then you are not looking. These results, these accomplishments, in whatever field—in the social environment, in politics, in health, in medicine, in education, social justice—all of these accomplishments have been the result of concentrated minds working against tremendous odds to produce a beneficial result. This has kept humanity moving and has kept alive the greater potential and possibilities for the human family. You need to be a positive contributor to this." [8]

"The evolution of humanity follows the pattern of evolution of most of the races in the universe. When those races begin to exhaust their own planets and face the reality of the Greater Community of life in the universe, they have reached a great and difficult and precipitous threshold. They have reached a true turning point where their past understanding and assumptions will not serve them and might even betray them. Humanity has reached this threshold." [10]

"Races that have evolved within their own worlds reach the establishment of international communities and then become a one-world community. The development of a one-world community coincides with interaction with the Greater Community. Here having a one-world community becomes a necessity for survival and development. In worlds where intelligent life has migrated from another world, a one world community occurs much sooner because often there is only one establishment which gains the dominant position within that world. However, in a world such as yours, which has gone through a very long and protracted period of tribal social development and which has accelerated in recent centuries into large tribal and then international societies, you have now reached the great threshold where the world must become one community."[4] 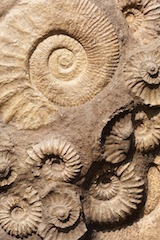 “The world is preparing to emerge into the Greater Community of worlds and this underlies its evolution and all of its advancements now. That is why conflict is erupting in the world, because those who oppose the evolution of the world will fight against it. Those who wish to further the advancement of the world will attempt to fortify the goodness of humanity and the sense that humanity is one community that must nurture and support itself beyond all division of nation, race, religion, culture and tribe.” [12]

“The world was ultimately created as a place for the separated to live. It was created, as was the physical universe, by powerful geological forces that were set in motion by the Creator of all life. These forces continue at this moment, they are self-perpetuating, they are changing, and in a certain degree they are chaotic." … "The Creator of all life has set evolution in motion, and evolution now continues without God managing it. It is self-perpetuating. It is moving, it is evolving. Life evolves to greater levels of complexity and intelligence. Evolution in times of geologic and biologic time is extremely slow. Short of cataclysmic events, it is extremely slow.” [13]

“The world is an evolving state. It is changing. It is following a set of patterns that were established at the beginning of creation of the physical reality. Here there is no conflict between religion and science, if you understand the connection. Earlier creation stories of course were overshadowed by science because they did not represent the evolution of the physical reality, because peoples at those times did not have the range of understanding to comprehend the greater forces of nature and the scope of time. They tried to understand nature based upon their tribal consciousness, their isolation in the physical world, their lack of exposure to the diversity of life in the world. So their creation stories were generated basically on local events and on the range of their own awareness. But now you are seeing the world as a planet, as a living system of life, and science has demonstrated greater forces that were never perceived or comprehended before.” [13]

“The physical universe is changing and evolving. God is not managing it because it is self-perpetuating. God does not have to manage every little swirl in the current of a river because the river is self-perpetuating. It is running on its own. God does not have to manage every little breeze in the air, or the shape of every little cloud, because these phenomena are all being perpetuated by the geological and biological forces that were set in motion at the beginning of the creation of the physical reality.” [13]

"God has set in motion the forces of evolution and the forces of natural selection. Within this pattern, there is tremendous variability. It appears to be chaotic, but within this overall pattern, there is a natural progression towards complexity and ultimately towards Knowledge for intelligent races who have self-awareness. Here you have overlapping two different kinds of patterns."[14]