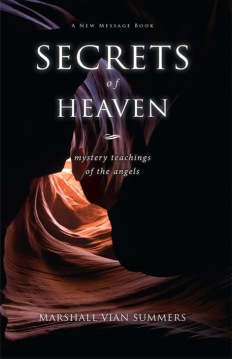 There is an Angelic Presence that oversees the development of this world and other worlds in the Greater Community. They represent and translate the Will of the Creator to the physical world.

The Angelic Presence is also known as the Teachers, the Unseen Ones, the Assembly, and the Source of the New Message from God.

"They are God's emissaries. They translate the Will of the Divine into finite existence." [1]

"The Unseen Ones are watching. You can feel them, and you can hear them. Though they will not come too close so as not to dominate you or to cast too great an influence upon you, they will abide with you. Remember them. They have not forgotten you." [2]

"Surround yourself and protect yourself by saying Nasi Novare Coram, which is a protection given by the Angelic Presence." [3]

Who the Unseen Ones Are

"We know how to resolve the difficulties that the world faces because we have resolved them for ourselves."[5]

"There are many Unseen Ones in the Universe. There is not one who is paramount amongst them. For when you graduate from this life you are a beginner in the next stage of life. You do not simply return to Heaven to spend eternity in repose. You enter another stage of service and activity, learning and preparation." [1]

"The Teachers are part of the Angelic Presence who are assigned to you and certain others." [6] 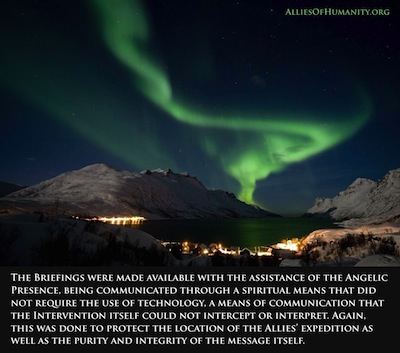 "It is true indeed that we have been assigned to you, out of our own choosing and yours as well. But you have forgotten and we have not."[7]

"We are the Ones who have brought all of the Revelations into the world. For God does not speak." [8]

"All of the great Revelations to humanity have been given by the Angelic Presence. They speak as We not as I. They are a group and not just a magnificent individual." [9]

"Over the course of time, God has sent Messengers into the world, Messengers who have been sent here by the Angelic Presence that oversees this world’s evolution and well-being." [9]

"God answers through the Teachers. They are God's answer. They can translate the Will of God into an experience that you can accept, recognize and appreciate. It is through these relationships that the Will of God will become ever present to you."[10]

"It is We who spoke to Jesus and the Buddha, the Muhammad and other teachers and seers through the ages who have brought a greater clarity into the world—to the prophets in every age and to the Messengers who only come at great turning points for humanity. You cannot worship Us. You will not know Our names." [8]

"We watch over the world. We have been watching for a very long time. We are those that God has sent to oversee humanity’s development and evolution and to receive the Revelations that are then given to the Messengers, to receive the insights that are given to the prophets, to sound the warnings, to provide the blessings and now to provide the preparation for a world unlike the past you have experienced and for a future where humanity will have to contend with the Greater Community itself." [8]

"When people say, 'Well, my scripture says that God appeared before this man, and God appeared at the edge of the desert, and God parted the sea,' they are talking about the Unseen Ones."... "It is God's messengers, who are part of God." [11]

"God has assigned a Presence to watch over the world through all of its chaotic and tragic encounters and episodes in history—watching for those individuals who show greater promise; bringing things into the world at key turning points in humanity’s evolution and sending one of their own into the world to bring a new teaching and a new understanding to change the awareness of humanity and to alter, if possible, the course of humanity in a positive way. Those who you honor as the great Messengers, the great Saints, the great Teachers—such as the Jesus, the Buddha and the Mohammad—come from this Assembly, you see. But when they are in the world, they are human beings. What distinguishes them is that they are here on a greater mission with a greater set of responsibilities and a greater accountability to those who sent them. Their lives are trials. Their lives are demanding. It is not a journey for the faint of heart or for those seeking pleasure and repose here on Earth." [12]

What the Unseen Ones Do 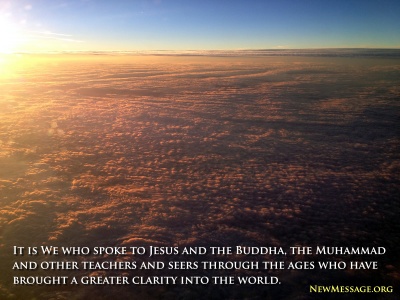 "The Presence of these Unseen Forces gathers where Knowledge is being experienced and expressed." [13]

“The Angelic Presence … translates the Will of the Creator into words, ideas and application.” [14]

"There are different levels of Unseen Ones. The Unseen Ones who assist you are assisted themselves, for the chain of authority, the chain of giving, continues far, far beyond you--translating and making a greater will and purpose accessible and available to you." [1]

"The Unseen Ones are with you. They are watching you. And they are assisting you by strengthening Knowledge and your awareness and desire for Knowledge." [15]

“The Angelic Presence translates God’s Will into language, form, images, stories, ideas, explanations—everything, so that you can comprehend this and be able to relate to it within your own circumstances in life.” [9]

"But the Angelic Presence cannot interfere uninvited unless they are requested with great earnestness to be of assistance." [9]

"There are Angels of the Creator who help humanity with more immediate things, with practical matters, with urgent needs for the well-being of communities and for the advancement of people's efforts that are truly beneficial." [18]

"Humanity’s success and failure is largely in its hands. The Angelic Presence is here to encourage and to stimulate those individuals who are open to its presence, who are willing to follow its recommendations and to live a more ethical and purposeful life based on service to humanity and to this world. All others who seek the Angelic Presence to enrich themselves, to gain advantage over others or to destroy their enemies will find no response and no assistance." [9]

“In the history of this world and all worlds, the process of Revelation is the same. An individual is selected and sent into the world, and when they reach a certain stage in their development and maturity, they are called out of normal circumstances, called to a great rendezvous, a great encounter with the Angelic Presence that oversees that particular world.” [19]

"God has assigned to each world where sentient beings live or have colonized a force of redemption for these nations and groups of individuals. In worlds such as yours, which are largely inhabited, where there is a great diversity and complexity of life, this Angelic Presence has many different levels of expression and different levels of service. Yet its overall purpose is to oversee the progress and the well-being of humanity." [9]

"God has spoken again. We are the ones to bring the Message. God’s Will is presented through Us. We are beyond your estimation, beyond your religious theories and your personal speculation. For human imagination can only fabricate from what it experiences in the physical world. But reality exists beyond this—beyond the realm and the reach of the intellect. This is the truth throughout the universe, the Greater Community of life in which you live." [8] 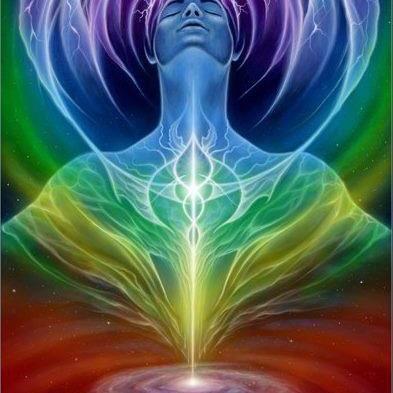 "Perhaps you will think of them in a friendly way as angels, but in the Greater Community their role is greater and their involvement and their alliances are deep and penetrating. Their spiritual power is here to bless sentient beings in all worlds and in all places and to promote the development of the deeper Knowledge and Wisdom that will make possible the peaceful emergence of relations, both between worlds and within worlds."[20]

"It is true that you may, on very rare occasions, hear the voice of one of your Teachers speaking to you. A voice like my voice for example, or something very similar. A voice that is not your voice, distinctly not your voice." [21]

"They will not respond to you unless your request is authentic and you are actually in a position to see, know and do greater things." [22]

"In order to enter into holy union with your Teachers, you must share your Teachers' greatness, thus releasing you from the debilitating ideas and self-doubts that have been the context in which you have tried to organize and direct your affairs and establish your life in exile."[23]

"The Greater Powers are not there whenever you want them. They do not abide with you."... "They are like the country doctor that must travel over long distances to see his or her patients." [22]