"The great Revelations are so very important for the world. They provide the building blocks of human civilization." [1]

"Do not strive for revelation. Do not set it as part of your plans and your goals. Set out instead to become a student of Knowledge and to patiently proceed without claiming grand schemes, designs or abilities for yourself." [3]

"All of God’s Messages that have been sent into the world over time have been to strengthen humanity and to foster freedom, to build human civilization."[4]

"The great Revelations were given at pivotal times in human history, times not only of change and challenge, but times of great opportunity when these Revelations could spread. They were placed in certain places for this purpose, places where the Message could move beyond one tribe or one group or one nation, at times of opportunity greater than what anyone could see in the moment." [5]

"At every great time of Revelation, spread out intermittently over the course of human history, how many have failed to recognize the significance of the event that was taking place in their lives, at their time?" [6] 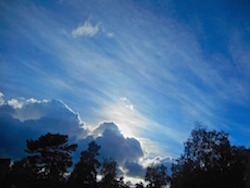 "Revelation is a gift that is given to certain individuals who will have a prominent role to play in leading others. It happens very rarely and only under very special circumstances." [3]

"It is not sudden and dramatic. It does not burst in upon your life. It does not intrude itself upon you. It is something you will gradually be able to feel, as the veil between physical life and life beyond the physical becomes thinner and thinner and as you experience more and more communication and are able to receive the translation of insight and information coming into your mind. Increasingly, you will have a sense that there is a presence, an intelligence, on the other side." [3]

"Revelation, then, is a slow, growing experience of purpose, meaning and direction in life." [3]

"Your mind and your body need to become vehicles for a greater expression and purpose. To allow this to manifest in specific and mundane ways where it is intended and where it is needed--this is revelation." [3]