"Jesus was sent from the Angelic Assembly to teach the meaning of forgiveness, compassion and the revelation regarding the Holy Spirit, which in the New Message is called Knowledge. All the great pronouncements of Jesus are the Holy Spirit speaking through him, for no one comes to God except through the power and presence of Knowledge, the Knowledge that God has put within each person."[1]

"No one on Earth can proclaim that Jesus is the only pathway to God when God has created other pathways! Who are you to say such things?" [2]

"The teaching of compassion, forgiveness, and devotion and the example of Jesus all serve to unite people across these great and difficult gaps of separation. Jesus’ accomplishment, then, was to help usher in the age of civilization." [3]

“Jesus is not the Redeemer. He is pointing to the redemption, to the power of the Holy Spirit, which is not a Spirit which visits people periodically. It is a power and presence that lives within everyone at this moment, waiting to be discovered. This was his greatest contribution to humanity—this and the emphasis on God’s love for Creation—to repair and to replace the Old Testaments that spoke of an angry, vengeful God, who rewarded those who believed and punished those who did not.” [4]

"If you are a Christian, you must realize that Jesus stands by the Messenger, for Jesus will not return to the Earth, but is now overseeing humanity’s emergence into this Greater Community of life."[5]

"Jesus is now an Unseen One, not only in this world but in the worlds whose races humanity is destined to encounter. Though others will claim to represent him, he will not reappear, for his mission is done in this regard. His work now is with the Unseen Ones." [3]

"You may think of Jesus as either a man with a Divine purpose or as a Divine being with a human purpose. However you might think of Jesus, you think of him within the context of your world and within the context of human involvements and interaction. We are now challenging you to think of him as a figure in the Greater Community. He is not an extraterrestrial from outer space. He was a man who realized Knowledge and contributed Knowledge in his time and helped to set into motion, through the efforts of many other people, a greater emphasis in life and a means for re-experiencing this emphasis through a tradition of devotion, dedication and service." [3]

A Relationship, Not An Individual 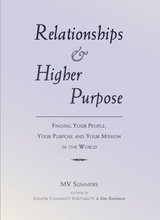 "When Jesus found he had disciples, he needed only to call them and they joined him. This represented relationships of the great nature that we are speaking of. They did not join him because he was magnificent or because he had unusual abilities or because he was beautiful or sweet. Indeed, he was going to take them all into dangerous situations and challenge them continuously. So what enabled them to drop what they were doing and to leave their lives and follow him? It was Knowledge." [7]

"For many, Jesus is the symbol and the guiding factor in their development. But let us assure you that he is not the only one. A greater association there is, lest you make of him an idol, an object, which he does not will." [8]

"It is the state that Jesus acquired that you most earnestly desire. You must not then make a hero of him, or you will lose what he has accomplished. Regarding the religion that has been established around him, it has little to do with him, we assure you. It offers the promise of his accomplishment, though it does not establish the means." [8]

In Harmony With The New Message 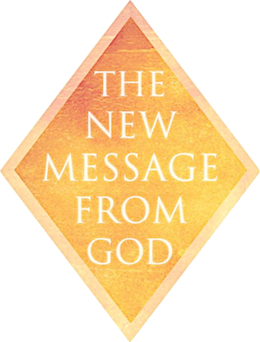 "You can be assured that Jesus, Buddha and Muhammad and all the great Spiritual Emissaries, both known and unknown, are in complete harmony with what is being presented here. They too had to face dissension and conflict, rejection and ridicule. They understand, for this is the nature of delivering A New Message from God, into this world or into any other world in the physical universe." [9]

His Life On Earth

"When Jesus was taught of his ministry, he had to be informed of what would happen to him personally. That is the price of complete exposure. That is why true teachers must give up all personal ambition, for that is counter-productive to their true mission and well-being." [10]

"Jesus was sent into the world by his Spiritual Family to be one of the individuals who would inaugurate a new era in human development and evolution. We call this the era of civilization. The purpose of this era was to slowly take humanity from its tribal identity and tribal isolation towards an international and interracial involvement. This international and interracial involvement has been cataclysmic and very difficult, but it has led to humanity’s becoming established in the world—not only in its tribal states, but in its larger states representing many races and cultures, ideas and beliefs." [3]

"Do not think that Jesus Christ was not marveling at his own work!"[11]

"Christmas represents the emergence of Knowledge in the individual. This is exemplified in the life of Jesus, who beyond his own understanding even, a Greater Power emerged within him and overtook his life uniting him with the Unseen Ones, who guided him and led to the expression of his great and significant ministry." [12]

"Ancient prophecies will not be fulfilled. The Messiah will not return to the world." [13]

"God works behind the scenes, uniting people at the level of Knowledge, fostering greater cooperation, greater selflessness and greater service to others. If the real Jesus returned, he would be destroyed by those who do not believe in him, and he would set in train great conflict between the believers and the non-believers. He would not bring peace, and he knows this. If the Maitreya Buddha returns, the Christian world would oppose him. If the 12th Imam returns, the vast majority of the world would oppose him. Would this bring peace? Would this bring equanimity? Would this bring justice? Or would only one group, one nation, one small part of the human family, be fulfilled in their expectations?"[14]

"Jesus is in the world. Take comfort. However, he will not come again in the flesh. Who will come again in the flesh claiming his name will be someone from the Greater Community. Beware. If you can become strong with Knowledge, you will know and will not be deceived. Yet, if you fervently want to believe and are governed by the weakness of belief, then you can be persuaded. A Greater Community presence can perform seeming miracles for you. They can do things that seem magical and inexplicable, and many people will fall down in belief and adoration because of this. The world is not yet prepared for the Greater Community. And there is not enough discernment amongst your people to distinguish Greater Community demonstrations from the reality of God’s demonstration." [3]

"The Intervention can create wonderful spiritual scenarios to activate those individuals who are most prone to be their messengers. It is not difficult for the Intervention to do. They simply stage a drama and put someone in the middle of it, and this person cannot tell the difference. People do not know what a Greater Community presence is. To them, it is all coming from somewhere else, not at their level, but from a higher place. So, in one scenario, an image of Jesus is projected to a zealous person, and the zealous person says, “Jesus has come to me." And the Jesus says, "You must gather my true followers and you must denounce all others!" And the zealous follower says, "Yes, Master, yes, Master!""[15]

The Meaning of Christmas

The New Message on Religion