"Do not think that traveling to another planet that seems to have resolved some of the problems you face today is going to be fundamentally better because freedom, individual freedom, is rare in the universe and is very difficult to establish and to maintain in the presence of other nations that are not free."[1]

"Even before there were any human civilizations in the world, space travel was underway to a very large and sophisticated extent. You can travel faster than the speed of light and counteract its effect on time and aging, and this has been practiced far longer than any human civilization. But travel is not as fast as you might think or imagine. It still takes time to travel between solar systems—sometimes, in your estimation and time frame, days and weeks or even months, depending on the distance one has to traverse. This, of course, would be astoundingly fast according to your notion, but you are still crawling along at a slow pace while other nations have been engaged in commerce, trade and travel for hundreds of thousands of your years, even in your region of space." [2]

"Getting around is a lot slower than you might think. Most races that travel in space only do so within local regions. They only travel in local regions because it is extremely dangerous to enter into a territory governed or overseen by others. And if you venture too far from your home planet, you would not be able to sustain yourself over the course of time." [3]

"Travel in space occurs along certain routes or avenues, just like in your world. Certain roads are heavily traveled; others are rarely traveled. Your world exists in an area of considerable travel, which means there are many races using these routes for commerce and trade." [4] 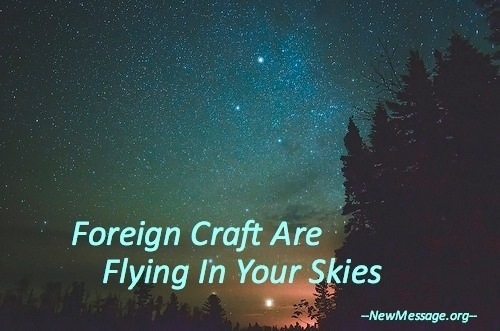 "It is essential if you are to undertake space travel that your planet become one community. That is a requirement. All worlds undergo this. They must be unified to communicate beyond their realm or they cannot do it, and their technology will become destructive.” [5]

"Travel outside this solar system may be possible within the next two centuries, but we say “may be possible” because you will have to face the great environmental change that is occurring in your world, which has the power to undermine human civilization. And you also have to face the consequences of intervention in your world, which could usurp human authority here and place humanity under foreign control and domination. Either of these two events could alter the course of human destiny thoroughly, could stifle and control humanity’s accomplishments and its destiny as a free and self-determined peoples in the universe." [6]

"You will be able to travel freely within this solar system as long as you do not try to discover anyone’s foreign establishments here. But if you move beyond this solar system, you are entering a larger arena of intelligent life where territories and routes of travel have been long established. You will not be able to go wherever you want, to visit wherever you want or to take whatever you want. The idea that humanity will go out and search an empty universe for resources is completely false and really represents a very dangerous and even fatal assumption." [7]

"Do not think that you can go anywhere you want and that you will develop over time a technology for traveling quickly through all the dimensions of life, zipping around the universe as if it were your own neighborhood. Do not think your conveyances will take you anywhere you want in the blink of an eye. Such notions are to be expected from young races full of imagination and hopeful expectation. But they do not fit into the reality of life as it has evolved over a much longer period of time." [7]

"Travel in the universe is a very difficult and formidable task. Its distances are incredibly vast, and once you leave a known territory, you are on your own. If you do not have proper charting and maps, becoming lost is very easy, and finding your way back very difficult. Nations use transmitters to communicate with distant travelers, but beyond a certain distance, it is impossible to locate a ship. This represents the limits of technology, limits that the human family has not reached." [6]

"Ships that travel use fuel. Fuel has limits. Even fuels that are derived from solar energy have limits. Even fuel that is derived from nuclear power has limits. If you go too far, you cannot return. If your exploration takes you too far afield, you cannot return. If you enter an uncharted region, you will face physiological hazards and the possibility of entering another’s territory who could prove to be hostile to your presence. You certainly could become lost in uncharted territories, as many travelers have." [7]

"In areas of space where there are not high concentrations of advanced nations, you have tremendous difficulties with piracy. You have tremendous difficulties with becoming lost or becoming subjected to hostile local influences or responses to your presence. There are regions in space that are simply considered too dangerous to travel in because of these reasons." [7]

"For races who live and travel in sterile environments, this risk is immense. Contamination is a major concern for all races who travel in space and who engage in commerce with others." [3]

"Traveling through dimensions has proven so hazardous that there are very few races in the universe who even attempt it at this point, for those who enter these thresholds never return and are never accounted for, and there is no way to go find them and learn what happened to them. The dimensionality of space is so complete and the boundaries between dimensions are so significant that to explore these kinds of things has proven to be overwhelmingly difficult. Even where it has succeeded, races have emerged in other races’ territories or have entered hostile physical environments and have never been able to find their way back." [7]

"Inter-dimensional travel has proven to be extremely dangerous. It has been the experience, in this part of the universe at least, that those who attempt it never return, for the portals are always moving and cannot be mapped or navigated reliably. Those who pass through them into another dimension find themselves either in someone else’s territory or in a reality in which they cannot survive. There is a reason there are boundaries between these dimensions."[6]

"The portals remain a mystery. Inter-dimensional travel remains a hypothesis. We know that certain races have been able to bridge the gulf between dimensions. They have been able to communicate from the other dimension, but they were not able to return, and contact with them was short lived, leading to an uncertain outcome." [6]

The Allies of Humanity Books I, II, & III