"The greatest threats to even the most established nations in the universe are: the loss of resources, biological contamination and environmental collapse. These three things affect the behavior of stable and evolved nations more than anything else." [1]

"The world here is quite unique in the development of its biology and the temperateness of its climate. This, of course, has been known for some time by races who have visited here. But because of its biological richness, it has been difficult for many races to settle here, because of the world’s specific atmospheric conditions and because of the presence of so many biological entities." [2]

"Some people believe that other races could easily come and set up a colony in the world and establish themselves here using their advanced technology. But given the biological hazard that your world creates for those who are visiting, this is not easy to do and has never been successfully accomplished. In fact, your world has the power to infect and destroy entire races in your local universe, given the presence and the diversity of its biological agents. Other races have rendered their worlds barren, and in many cases, devoid of nearly all of the native life forms. They have little or no immunity from contamination.

Earth then can be viewed as both a great asset and as an immense source of contamination. It is viewed in both these ways by all races who are aware of your presence and who recognize the importance of your world and the condition of humanity."[3] 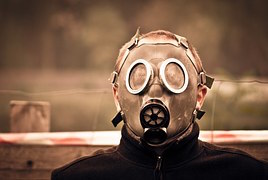 "In fact, your world has the power to infect and destroy entire races in your local universe, given the presence and the diversity of its biological agents."ref name="aoh3ii"/>

"Anything that a foreign race seeks to do in this world must have significant human assistance. This is because of the biological barrier that this world presents to the universe and to those races who have evolved in sterile environments, who are not adapted to be in biological, terrestrial environments such as this. Because worlds such as this are very rare, there are very few races in the universe who have this adaptation. That is why the native races must be cultivated and genetically aligned with the intervening races. It is a time-consuming process, but the results are believed to be worth it by those who are engaging in such activities." [4]

"Many advanced races live underground where they are able to sterilize their environment and thus protect their populations from disease very effectively. [2]

"Trade is conducted generally off planet through large trade stations and networks in space. Many nations will have trading stations near their planet, or planets, in order to control exposure and to ward off unwanted inquiry and intrusion." [5]

"in the history of the movement of peoples within the world, you have seen the power and the impact of infectious diseases in destroying entire populations as people from different continents came in contact with one another." [6]