The character of the Messenger 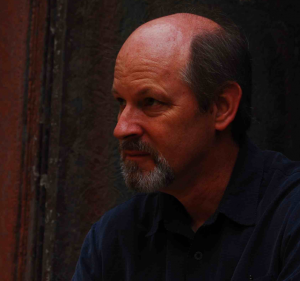 "Grace and humility, perseverance, trustworthiness, patience, silence—these are the qualities of a powerful individual." [1]

"An emissary was sent into the world bringing a New Message from God. He is not a savior. He is not magnificent. He is simple and humble, and he is the Messenger." [3]

"God’s Messages are rare, as we have said. They are not given frequently. They are never given to the ambitious and they are never given to those who would assign themselves splendid roles. Indeed, those chosen to be the true Messengers are reluctant, even to the point of self-denial. They don’t really want the job. But they will accept it because of who asks it of them. They don’t really want to shine in the world as an Emissary or as a Messenger. This is almost painful to them." [2]

"The Messenger appears ordinary. He is a humble man. He will not assert himself personally. But within him is the mystery and the power of Creation, and the bridge between this world and the Divine Presence that oversees this world. He is partly one of Us and partly one of you. He has to maintain both realities and be the shepherd to lead people up the mountain that is their mountain to climb. Is he as great as the great Emissaries of the past? Only time and circumstance will tell. He will not proclaim this himself, you see, because the ambitious are never chosen. Those who seek self-glorification are never given greater roles to play or greater Messages for humanity. Only those who are reluctant and honest and self-reflective would ever be chosen for such a high and significant role. For there is only one Messenger in the world, and this Messenger will be the Messenger for this time and the times to come. No one else asserting this for themselves can bring the Revelation. No one else can travel the journey that the Messenger has had to travel." [5]

Anchored in the World and in the Mystery

"For Marshall to be able to become the Messenger, he would have to have a foot in both worlds—a foot in the real world of human interactions, human relationships and the difficulties and complexities of relations between nations. He would have to see things that were very troubling. He could not hide in a preferential world, believing in only happy things or beautiful things or spiritual things. He would have to have a foot in the Mystery, deeply anchored there so that the challenges and the temptations of the future would not take him out of his role and purpose." [5]