"God created evolution so that everyone in separation could find their way back." [1]

"Your predicament is you are living in Separation, and you are a stranger to yourself." [2]

"You are still isolated and struggling in a world that does not seem to care very much about you." [2] 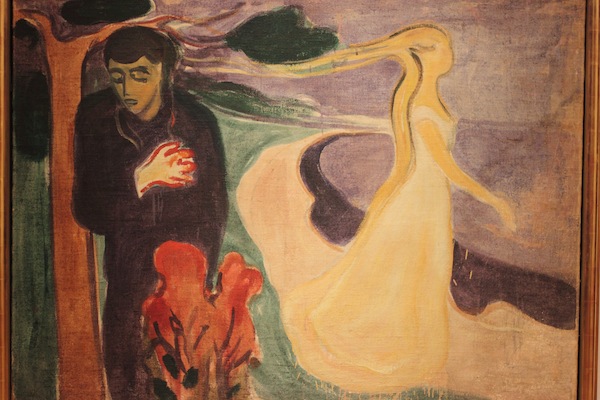 “Humanity is living in a dream, a dream of Separation.” [3]

The New Message on the Separation

"Separation created this reality, for God knew that the separated must have a foundation upon which to exist. And it has set in train the physical Universe that you are only beginning to comprehend and that you must learn to serve and to recognize if you are to outgrow its fascinations and to forgive its tragedies. Creation beyond this is beyond your awareness now though you are actually living within it, for the temporary creation is happening at another level. You are already surrounded by the permanent creation, but your eyes cannot see it, your ears cannot hear it, your fingers cannot touch it because your senses were only established to recognize physical things—things that are moving, objects that are moving, sounds that are changing. The Greater Reality in which you live is all around you. You have never left it, but given your reliance upon your senses, you cannot experience it directly without a certain kind of preparation." [4]

"So the separation is fundamentally a problem in perception and communication and awareness. There have been very few individuals in the history of humanity who have been able to break through the veil that seems to separate this physical, temporary, changing reality from your permanent reality, that represents your Ancient Home, where God is known, where you are known, where there are no questions, for there are no conflicts, where change does not exist for it is not needed." [4]

The freedom to choose

"God is giving you the freedom to live in separation because that was your initial decision, you see."[5]

The Separation is beyond comprehension

The Separation is not complete

"When the separation from God began, you could not separate completely because a part of creation is within you, and has stayed within you, and you cannot get rid of it. It is as if God goes along for the ride."[6]

The Separation is not real

"The Separation was never really created. You cannot be separate from your Source, and that is why there is no Hell and damnation. There is only the process of reconciliation. No matter how long it takes, that is the end result. You are a contradiction, and your decision is what voice you will listen to within yourself." [7]

"Part of the reason that people do not want to feel the Presence is it casts in doubt everything that they are attempting to have, to be and to do. It casts in doubt the reality of Separation itself. If God is right there, if Creation is right there, even your Spiritual Family, whom you barely remember, is right there, then what is this reality you are experiencing in the world? How real is it? How important is it?" [9]

"The world will motivate you to find the truth for it offers you nothing."[11]

"You can delay, but you cannot change the path that you must choose. You may complain about the state of the world as you perceive it, but is it not merely a manifestation that your substitutes for happiness are failing you at last, and did you not unknowingly bring this about? Your state of separation is failing you, and you cannot escape this realization. Its miseries come to your attention every day."[12]

"In the world you seem to be alone, as does everyone else. It appears that loneliness is your state here, that only if you are fortunate do you find someone to share your life with meaningfully. Certainly this is in contrast to your Ancient Home, where everyone is included and everything is complete." [13]

"God made the world as a temporary place for the separated. The separated have turned it into a hellish environment because they are without Knowledge." [14]

The Seduction to Join Indiscriminately