Difference between revisions of "The New Message from God"

God has sent a new Revelation, Teaching and Pathway to rekindle humanity's relationship to the Creator as we face living in a declining world. The New Message comes with the will and power of God to unite the world's religions, end our ceaseless conflicts and call forth the greater gifts that each person has brought into the world. The New Message is the largest Revelation of its kind ever to be given to humanity. 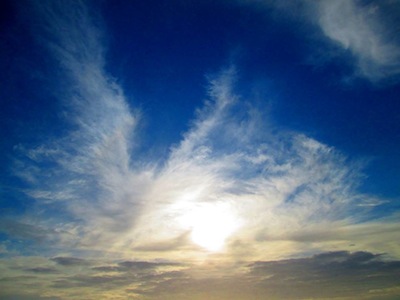 "Who can respond? Who has the humility, who has the courage
to reassess their former ideas and beliefs?
Who is willing to undergo the process of reformation that is necessary to take them
to a greater and more honest and complete experience of life and expression of purpose?
People will judge the New Message, but the New Message is revealing their intentions." [1]

"Receive this blessing. Learn of the New Message from God."[2]

"Hear this then, not with your ideas, your beliefs or your judgments, but with the deeper mind that God has given you to hear, to see, to know and to act with greater certainty." [3]

"God has brought a New Message into the world and has sent its Messenger into the world. You do not know enough yet to question this or to dispute it, for to do so is merely an expression of your ignorance, arrogance and vanity. You must consider the New Message. You must hear the Messenger to know, to see and to understand. For on your own, without the great endowment of Knowledge, you will not be able to see, to know and to understand. Your behavior will be determined by others. And you will follow fear and not wisdom in your approach."[4] 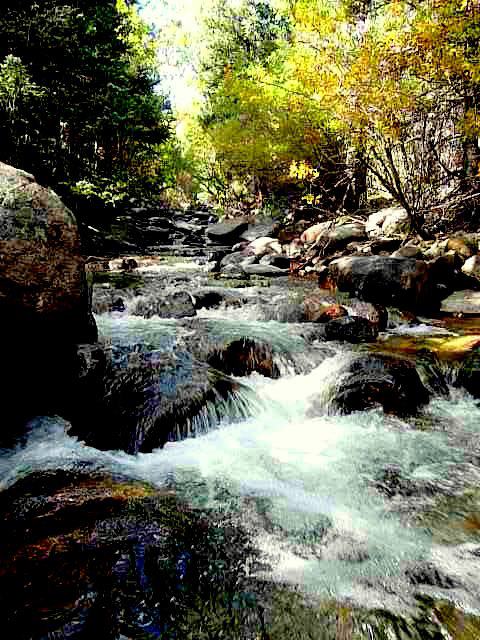 A calling from God for this time

"The Revelation from God must awaken you to the realities, the difficulties and the opportunities of emerging into a Greater Community of intelligent life. None of God’s previous Revelations were required to do this because the need was not there. Humanity had not progressed that far. But you now have a global civilization—diffracted, conflicted, destructive, heedless and irresponsible, but it is a world community nonetheless." [5]

"God is moving the world in a new direction. It is a direction that was always intended, but it will be new for the people of the world. It will be new to your understanding. The Great Revelations from the Creator are always like this. They are always presenting a new reality, a new awareness, a new dimension and a greater promise." [6]

"God has brought the essence of spirituality in a pure form—unclouded by history and human manipulation, unfettered by human politics, will and corruption." [3]

"The Message for humanity now is great, more comprehensive and complete than any Message that has ever been sent into the world, complete with teaching and commentary so that its wisdom and Knowledge can be discerned and applied correctly and not simply left up to human interpretation." [6]

"The New Message is not here to replace the world’s religions but to establish and reinforce their common ground, to enlighten them and to give them strength and purpose so that they may have a future—both within the world and within the Greater Community of life into which humanity is now emerging." [8]

"This is a New Message from God. This is what it looks like before it is adulterated, corrupted and wed with other things by people and turned into a political tool or used by religious institutions to establish their power and their dominance. This is what a New Message looks like in its pure form. It is clear. It is powerful. It requires great things of people. And it gives great things to people. It has not been watered down to be acceptable to the masses. It has not been socialized so that it is socially acceptable. This is the real thing. You must be genuine in order to see it and to respond to it and to receive the power and grace that it brings into your life." [9] 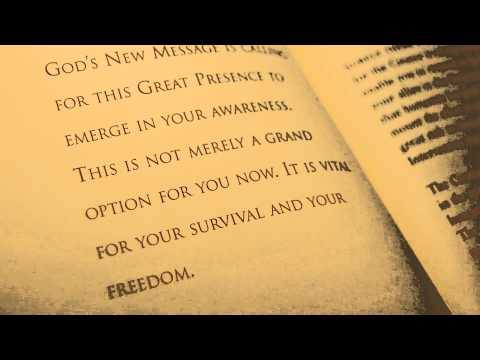 The reception of the New Message in its time

"To be with the New Message from God is as if you had a chance to be with Jesus or a Muhammad or a Buddha in their lifetime, when the revelation was real and fresh and pure and had not been corrupted and adapted to culture and overlaid with tradition and ideology." [10]

"If you cannot receive it, if you do not believe it, if you think it is something else, then the reflection is upon you." [11]

"Not everyone is ready to receive the New Revelation. God knows this and there is no condemnation here." [13]

"Our words are not for speculation or debate. That is the indulgence of the foolish, who cannot hear and cannot see." [3]

"You do not know what is occurring and what is coming over the horizon because you are too afraid to see and too arrogant, assuming that you know. That is why the Revelation must be given to show you what you cannot see and do not know. beyond human speculation and estimation. This is embedded in all of the Teachings of the New Message. This is the New Message. Struggle against this and you struggle against your own recognition." [3]

"Your philosophers and theologians will not know what to make of it. They will have issues with it. It will not conform to their understanding, to which they have invested themselves so greatly. Religious leaders will contend against it because it speaks of a reality that they do not yet recognize." [6]

"People will judge the New Message, but the New Message is revealing their intentions. It is saying everything about them. Their success or failure in responding says everything about them and the degree to which they have come to terms with their own suffering, the limits of their ideas, their inability to discern their true direction in life, the weakness of their beliefs and the degree to which they have compromised themselves to gain advantage and approval with others." [13]

"Ultimately God's New Message is about freedom--the freedom to survive, the freedom to maintain your self-determination, and beyond this, the freedom for each person to find his or her spiritual calling and meaning in life." [12]

The character of the New Message

The purpose of the New Message

"The New Message from God is here to alert, to empower and to prepare the human family—people from all nations and religious traditions, people from all tribes, groups and orientations." [2]

"The Revelation is now in the world. It has taken the Messenger 25 years to receive it. It is so vast. It is the largest and most comprehensive Message that has ever been given to humanity because the world needs to know. And compassionate people everywhere need to know. And those people who are feeling the great pressure of this time need to know. No one can answer their questions. No government, no leader, no impassioned person, no great performer can answer these questions. They must be answered at a deeper level by a Greater Power. And that is what the New Message is here to do." [14]

"We have brought the Message—a Message of a thousand messages, a Message of a thousand teachings, a Message great enough to occupy you for the rest of your time, a Message great enough to redirect human effort, energy and awareness so that humanity may have a greater future than its past, so that humanity may survive the Great Waves of change and intervention and competition from the universe around you." [3]

"Without the New Message from God, humanity would fall into grave conflicts and precipitous decline, making you vulnerable to foreign powers who are already in this world to gain influence and authority here. People do not realize they are standing at the precipice, not only of great change, but also of subjugation. This is the Greater Darkness in the world, a Greater Darkness that most people are too afraid to even think about. But it is something that humanity must prepare for, and that is why God has given a New Revelation." [15]

"Without this New Message, the human spirit will remain dormant, and people will live lives of desperation, competition and conflict."[2]

"It speaks to the needs of the world and the needs of the future. In so doing, it brings purpose and recognition, unity and cooperation, wisdom and strength to all who can receive it, learn it, follow its steps, contribute it to others and share its wisdom in service to other individuals, to families, to communities, to nations and to the whole world."[2]

"Humanity... knows not of what exists beyond its borders, and that is why in part God's New Revelation is being given at this time—to warn, to prepare and to empower humanity to do what it must do today to secure what it must have tomorrow."[16]

The delivery of the New Message

"The New Message comes here in a pure form, and for the first time you will be able to hear the Voice of Revelation. It was a Voice like this that spoke to Moses and Jesus, the Buddha and Muhammad and the other great Teachers who have remained hidden throughout the course of human history." [17]

"The New Message from God was delivered over a period of more than 25 years. It was received in a state of revelation by Marshall Vian Summers. Every word of the message was first spoken and recorded, then later transcribed. This has preserved the integrity and purity of the New Message in its original form. What would eventually become entire books were received in days or even hours. For example, the 27 chapters of Greater Community Spirituality: A New Revelation were received in just eleven days. This process of revelation continues." [18]

Failure to receive the New Message