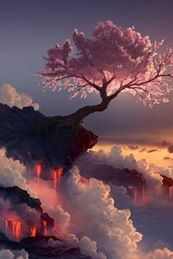 "Because, for the most part, your visitors are concerned with the preservation of your world, even those who are not beneficial to you do not want to see you destroy yourselves because you would destroy much of the environment with you. Those who support you wish to see you advance and become productive and meaningful participants in a larger arena of life. They wish to see you advance, and they also wish to see your environment protected. In the Greater Community, environments are often considered more important than the races that inhabit them or use them. An environment as beautiful, as rich and as diverse as this world is, is a great prize, a gem, a biological storehouse in the universe. In the Greater Community, such environments are the most highly valued. There will be great effort to preserve these environments if they are threatened by their native races or by any other race that might seek to use and to dominate them. This represents the ethics of many of the advanced races in the Greater Community." [2]

"It is the Greater Community that will show you that you cannot afford your ceaseless conflicts here on Earth, and that your resources here are precious, and your self-sufficiency is of the greatest importance." [3]

"Beyond this, you are entering regions owned or controlled by others, and you cannot take this from them. You do not know the rules of engagement in the universe or the relations between nations or what is allowed and what is not allowed in this Greater Community of life." [3]

“In the Greater Community, there are few environments that are as lush and abundant as this world. This world is truly a gem in the universe.” [4] 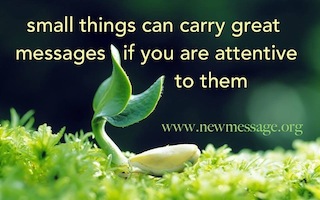 “How you preserve and manage your environment in many ways represents your level of development. This refers both to your understanding and perception as well as your behavior. A very advanced society will value the natural environment tremendously and will utilize it in such a way that its productivity can be continued far into the future. It is a sustainable relationship, a relationship that humanity at this point does not have with the natural world.” [4]

“There is a great deal of work to be done to restore and to renew your environment and to establish a sustainable relationship with it. Here you take from it what you need and you give back to it what it requires. This balance can be attained and must be attained if humanity is to have a future, for certainly without this balance, your future is in great jeopardy. Either you will perish by your own poisoning of the environment or others will come to displace you.” [4]

"In order to preserve your world and make it a habitable place for future generations, the physical environment must become your first priority. This will have a beneficial effect on your behavior, on your relationship with others and on every aspect of your culture and society." [4]

“Many people today have lost sight of the utter dependence they have on their environment to provide them the bare essentials of life—food, water, shelter and clothing—and to make possible all of the conveniences and benefits they enjoy, to whatever extent these things are available to them.” [6]

“The New Message from God emphasizes that the world’s environment must be preserved and well cared for if humanity is to have a future. For if this is not done, humanity will decline, human conflict will escalate and human deprivation and suffering will increase dramatically. While this is apparent to a few people today, what many people do not realize is if humanity were to decline in this way, you would be extremely vulnerable to persuasion and influence from forces from the Greater Community, the Greater Community of intelligent life in the universe in which your world exists.” [6]

“At this moment humanity assumes its preeminence in the world. It feels it has a God-given right to be in this preeminent position within the world. But within the Greater Community, humanity is a weak, divided and self-obsessed race occupying and stewarding a planet of immense value and importance to others.” [6]

“Never think that you can just go into space and claim whatever resources that you have wasted here upon the Earth, for those resources are owned by others. Never assume that the universe is just a vast empty place awaiting human exploration and human exploitation. For you are not alone in the universe or even within your own world at this time. The ignorance and the arrogance of such assumptions must be corrected, or humanity will make fatal mistakes that even God and God’s Angels will not be able to offset. That is why there is a New Message from God in the world because humanity is destroying its self-sufficiency, humanity is standing at the edge of space and humanity is already experiencing forces that are intervening in its world, without its control and without its permission.” [6]

“Though there are great perils facing humanity regarding the deterioration of your environment—climate change, decline of life-giving resources and so forth—the greatest peril, the peril that could end human sovereignty forever in this world, lurks in the background awaiting the moment when humanity will bring itself to its knees through conflict, through deprivation, through war and through further decline of the world’s environment.” [6]

“God has given this world to humanity as a splendid place, as a paradise in a universe full of barren worlds. If you should ruin it, if you should exhaust its life-giving resources, if you should exhaust its biological diversity, then you will have to face the consequences, which will be far more terrible and far more long lasting than anything humanity as a whole has ever faced before…Some people believe that the world is like a cornucopia that just provides endlessly. They just need the technology to gain more and more and more. But the world is a finite place with finite resources. If you exhaust it, you face the perils that such exhaustion will bring to you.” [6]

“You are determining your future and the future of your children and of all people at this moment by what you think, by how you live, by what you promote and advocate and by how you identify yourself as a human being within this world. If you believe you are only a member of one tribe or group or nation, you will not be able to support a greater movement towards human unity and cooperation. You will merely be one side competing with other sides, draining the world of its remaining resources, fighting over those resources, struggling over those resources.” [6]

"Humanity has forgotten what it owes to the world. It comes as a thief, not as one who comes to a marriage. It comes to take and to exploit. It comes to pillage. And thus it has to face the ruin of its consequences."[8]