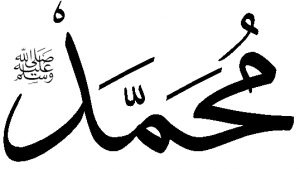 "Who could hear him? Who would listen to him? People at that time were so bound to their tradition, to their history, to their economic interests, to their political position. Who could hear a Prophet from God? What a struggle it was for him to reach even the beginning numbers of people he would need to rely upon to bring his Revelation into the world." [1]

The New Message teaches that God sends both Prophets and Messengers into the world and that in rare cases, approximately once a millennium, an individual arrives on Earth bearing both these divine roles. The New Message reveals that Marshall Vian Summers is Prophet and Messenger for the next millennium and that, before the election of Marshall Vian Summers, the last Messenger and Prophet sent to the world was Muhammad.

Answering the question of whether or not there has been a Messenger since Muhammad, the New Message says:

Since Muhammad, "none have brought a New Message from God until Marshall Vian Summers. Prophets can occur frequently, but Messengers are rare and infrequent. Prophecy is only part of his role, for he is a Messenger. He is bringing something entirely new into the world. A prophet may sound a warning, but a Messenger brings a New Revelation to change the thinking and awareness of the world. A prophet is for this time. A Messenger is for all time. He is a Prophet and a Messenger." [2]

Speaking to Marshall about Muhammad, the Angelic Presence said: "Like you, he was a Messenger who came to bring a new understanding into the world for his people and others to follow," [3] but that "his life and mission were unlike yours."... "His task was different."

God's New Message states that the role of Muhammad was to:
• Provide a prescription for tribal peoples
• Provide a clarification of the role of prophets and messengers.
• Prepare nations of people to have a Greater Community preparation and perspective.
[4]

Muhammad "was given a very difficult mission to speak to tribes of people who had no notion of real freedom and social development beyond what they had become accustomed to in their time, living with tremendous hardship and constant conflict. Little did they know a great Message for the world would be coming to them in their time, in the time of the Messenger." [5]

Unlike that of Muhammad, the role Marshall Vian Summers is to provide a revelation about life in the Universe, a preparation for nations and peoples to face Greater Community realities, and a teaching about the one spirituality of Humanity. While it was not the purpose of Islam to teach humanity about the Greater Community, the New Message says that "Islam is capable of recognizing the reality of the Greater Community.” [6]

"Muhammad had the very difficult task of establishing, building and protecting a new social order: a community of believers, a community of adherents, a community unlike anything that had been seen before in that part of the world." [5]

In a historic moment of recollection, the Angels of the New Message from God spoke of their direct memory of Muhammad centuries ago. This occurred as Marshall Vian Summers was receiving the revelation The Initiation which, according to Reed Summers who was in the room as it was received, was an unforgettable moment where the Angels honored and remembered God's previous Messenger.

"It was life-shaking enough to be in the room as the Messenger received The Initiation, one of the most powerful revelations of the entire New Message from God. But I felt as if my heart stopped when the Angelic Presence began speaking about Muhammad. For a moment, the words coming through my father halted. His eyes were closed and his head down.

Suddenly my father's face changed and in it I could see the identity of the Angel speaking. I could see the Angel in his face. Though Marshall's eyes were closed, the Angel's eyes were not. The angel turned my father to the left, extended his arms outward and squinted his closed eyes into the distance. 'There he is, I see him now,' the Angel said pointing several feet away. 'He is over there.' The Angel paused in clear recollection, Marshall's hand shaking in the direction of Muhammad.

It shook me to my core. Not only was this a teaching about the humble demeanor and appearance of Messengers. It was an Angel of God, the same one who was present at that tea table 1,300 years ago, remembering a moment of looking upon Muhammad. Now that Angel was speaking through my Father, delivering the New Message from God, pausing to recall this moment, as if it had been forgotten for a millenium or more, only just now recovered.

To witness this with my own eyes, sitting about eight feet away, was a moment in history I will never forget."

The direct transcript from the The Initiation yields the exact words spoken that day, June 28, 2011.

"You were having tea at a table with Mohammad, but you did not know who he was. Well, he looks like anyone else. He is not radiating the Presence. He is not so magnificent or so omnipotent that everyone around him is swooned by his presence. He is just a man, dressed traditionally, just a man. There he is. I see him now. He is over here. Nothing special. He had to preach hard to even get people to listen to him. So blind was everyone around him, only a few could see. Such is the dilemma and The Burden of the Messenger at any time of Revelation."

The Unity of Messengers amid Distinct Circumstances

"For you who are a Muslim, you must realize that the Prophet Muhammad stands with the Messenger, for he continues the great work of building and protecting human civilization, now facing a set of problems and challenges never before seen in the world."[7]

"Know that the Prophet Muhammad stands with the Messenger that is now in the world, for they come from the same Assembly, you see—half human, half holy, imbued with a greatness that no other person in the world can understand. Beyond being teachers or merely prophets or great saints or advocates, they bring a whole new reality, a great expansion of human understanding, a great preparation for a future that will be unlike the past." [1]

"Muhammad stands with the Messenger. You must understand this. This is not a competition. This is a fulfillment. This is the next stage. This is the next chapter that brings all the former chapters together, honors them and gives them strength. They now have a greater purpose."[1]

"It is We who spoke to Jesus and the Buddha, the Muhammad and other teachers and seers through the ages who have brought a greater clarity into the world—to the prophets in every age and to the Messengers who only come at great turning points for humanity." [8]

"Muhammad did not compile the Qur’an as he was charged to do, for he perished and died before it could be completed. It was, therefore, assembled by different individuals who had different intentions." [5]

The Seal of the Prophet

"To think that Muhammad gave the final Revelation is to misunderstand God’s purpose and presence, for God has many more things to say to the world, particularly at this great turning point when humanity is facing a declining world, a world of declining resources, when humanity is facing the reality of contact with intelligent life in the Universe—two great events that none of God’s previous Revelations are meant to address or that can address sufficiently [and] reasonably." [9]

"To protect it, its followers insisted that he was the last prophet, and there would be no further word from God. In a sense, that was true for a time, but could not be true for all time." [5]

The Word and the Sound