From New_Message_from_God_Wiki
Jump to navigation Jump to search
The printable version is no longer supported and may have rendering errors. Please update your browser bookmarks and please use the default browser print function instead.

Collectives "are not military powers. They are economic powers. Their focus is on trade, resource acquisition and building their alliance amongst worlds such as your own." [1]

"You are encountering small, economic Collectives who are here to begin the process of acquisition that larger nations can assume later on, if the Intervention is successful in establishing its presence and its power in your world." [2]

"Their primary focus beyond their normal avenues of trade and commerce is to gain access to emerging worlds such as yours and to new mineral and biological discoveries in the regions in which they are dominant. In most regions, Collectives are prevented from having a military presence beyond their own security forces. As a result, they must engage in more subtle and more time-consuming activities." [3]

"The Collectives are prevented from simply taking over your world. Their competitors will not allow it, and the ruling organizations that govern commerce and trade in this region in which your world resides, will not permit it. A Collective will function according to the rules, but beyond those rules it will use any means it can to secure its goals and to fulfill its mission." [3] 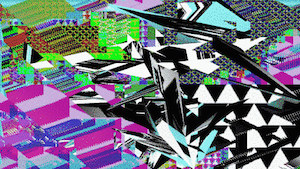 "Collectives, by and large, are made up of a series of races functioning at different levels of authority and command. Those who really control the Collectives that are functioning in your world have probably not been encountered by anyone in the world yet. You have only recognized the worker classes who are bred to serve in specific functions. Though they are biological entities, their biological codes, their training, their upbringing and their genetic focus have given them very little individuality and individual abilities of reasoning and discernment. They function very much like, well, a collective mind." [1]

"Fundamentally, a Collective is different from an empire in that it has no source home planet. It is a group of planets that are dissimilar which have joined together, usually through conquest and persuasion, and have become a formidable economic force. Whereas an empire is usually centered in one world or in one region by one race, Collectives are made up of many different races." [1]

"There are many collectives in the Greater Community. Some of them are large; some of them are small. Some of them are more ethical in their tactics; many are not. To the extent that they compete with one another for opportunities, such as the rule of your world, dangerous activities can be perpetrated." [4]

"They may encompass hundreds of worlds and planetary establishments and exist across vast reaches of space. They can have significant control and are always interested in gaining new allegiances and new members." [1]

"Throughout history, Collectives have had great difficulty in maintaining control and authority over their resident populations because they comprise many different racial groups. The worker classes are bred to serve, but even they have certain qualities that the ruling classes of the Collectives find difficult to manage. Revolts have occurred, and Collectives have suffered great losses as a result." [1] 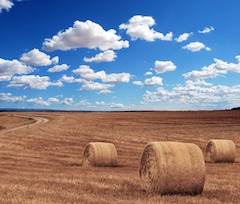 The Danger of Collectives

"Countless times have emerging races such as your own been overtaken by resource explorers and economic collectives—those who search for opportunities such as this, those who are predatory, those who are opportunistic, those who can gain control over worlds like this without firing a shot." [5]

"The Collectives that are functioning in the world today want to add a human component to their collective community and mentality. It is not simply that they want you to be a work force for them; they want you to become a part of them. This adds to their collective strength and will minimize any resistance in the future that humanity might mount for its own sake." [3]

How Nations Protect Themselves from Collectives

"It is an interesting fact of life that wherever Collectives exist and compete with each other, other nations have established their own defenses against them so that the Collectives cannot intervene in these worlds' trade, commerce and internal affairs. Because we are talking about many nations within a region, many of which have their own military establishments, the Collectives then must abide by certain rules of conduct or face very grave consequences. Being without significant weaponry of their own, they must utilize negotiations, diplomacy and influence as their primary means of accomplishment." [1]

"Other nations in regions such as yours deal with the Collectives very, very carefully and do not allow them any kind of penetration into their world's internal affairs. Sometimes the Collectives are viewed as a necessary evil to provide essential resources that are needed by these worlds. The Collectives have great craft and great skill in the areas in which they are strong. And nations which have been able to interact with them successfully have had to maintain a significant distance and be extremely discreet." [1]

"The more self-sufficient a world can become and the more that it can sustain this self-sufficiency, the stronger and the more independent it will be by nature in the Universe. Often nations become dependent upon Collectives because they have exhausted their fundamental resources and must now rely upon trade and commerce for the very basic things they need to live. This, of course, makes them extremely vulnerable to usurpation, and in many cases they become parts of Collectives themselves or extremely dependent upon them." [1]

"They are most certainly imperfect, but more fundamentally, they are not governed by Knowledge, or the power of Spirit. This means that their defenses can be penetrated, their secrets can be uncovered, their activities can be revealed and their deceptions can be comprehended by those who are strong with Knowledge and who are free to see, to know and to act." [1]

"Economic Collectives have great difficulty dealing with nations of relatively free individuals. It is in their interest that the human populations become more uniform and more like the Collectives themselves." [6]

The Briefings from the Allies of Humanity