Difference between revisions of "Christianity"

The New Message honors Christianity as a true path to God based on the revelation of the Messenger Jesus Christ. In the New Message, God confirms Jesus as a key messenger sent into the world to bring an ethical and spiritual framework to humanity and to unite people across religious and tribal affiliations. It says he was the second to last Messenger to be sent from God (the last being Muhammad).

The New Message speaks on the purpose of Jesus' revelation, which was to teach humanity about the plan of God and the reality of Knowledge. The New Message reveals that his life was cut short and his mission in the world was not completed.

The original spiritual preparation taught by Jesus has, over millennia, been clouded and obscured, co-opted and institutionalized, such that it can be difficult to find the true path to God originally contained in Jesus' revelation without a skilled spiritual guide. The New Message says that in all the world's major religions, true practitioners can be few and far between and that those seeking the steps to Knowledge in these traditions must seek to find them. 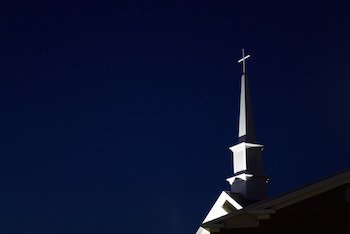 The life of Jesus

"Jesus’ life has been inflated and deified, but it is still not understood." [1]

The establishment of Christianity

"The religions that have been established in [the name of Christ] must receive the Grace that illuminated his life and that transformed his activity." [1]

"At the time Christianity was introduced, it was revolutionary. Its emphasis was to spread its message amoungst nations and amongst different peoples. It was not only meant for one group or one locale. It was not only meant for one tribe or one nation. Its emphasis was to bridge the gaps between different cultures and different nations, to bond people together through a higher association in life and to create a greater foundation for recognition, communication and cooperation. Humanity has been struggling with this challenge ever since, but much progress has been made." [2]

"Consider the story of Jesus. Yes he gained great attention, but who were his true allies? Who remained true to him throughout his career? Who put themselves at risk to be his representatives and his witnesses? The ambitious?The self-seeking? Those who were immersed in their spiritual pride, who claimed unique and special powers and gifts for themselves? No, they were nowhere to be found. But they arose after Jesus’ death to claim that they were his representatives." [3]

“Christianity and all the other major religions have fostered a bridge between cultures and between races. These are not simply religions of one tribe or one group. They are religions for all of humanity. This is not to say that everyone can adhere to them, follow them or receive them, but they bridge the normal boundaries that seem to separate people and cast them apart. The religion of forgiveness, the religion of reunion with the Divine, the religion of human development, the religion of compassion—all of these tremendous movements in the evolution of religion in the world were fostered by the establishment of the world’s religions, which have brought the world to its present state.” [2]

“It is a remarkable achievement that Christianity is present in the world and that it is accepted by millions of people in different countries, from different cultures and backgrounds. This is a religion for international civilization, as is true of many of the other religious movements that were initiated in the world and that have advanced into a more modern age.” [2]

“In many instances, the spread of Christianity was destructive and immoral. However, it was following an evolutionary track. It had to happen. Just as the world is now preparing to emerge into the Greater Community, nations in centuries past were destined to interact with each other, to confront each other, to dominate each other and to spread their cultures around the world.” [2]

"[Christ's] demonstration, then, though greatly misunderstood and misappropriated, remains today as a symbol of the emergence of Knowledge within the individual. Though Jesus has been idealized, though his life has been made to be unique and un-matched by any other life, though he has been placed on a pedestal above and beyond every other person, in truth, his life represents the emergence of Knowledge within the individual. This emergence is possible for you." [1]

"When you are in doubt, when you are uncertain and when the way becomes inexplicable and indecipherable, you will remember him because he kept traveling, and he met and found his destination. And you will thank him because he left a legacy for you through his demonstration and through his sacrifice and difficulty. He has kept Knowledge alive in the world, as have many others, for he was not alone, and his contribution has been kept alive in the minds and hearts of many." [1]

The susceptibility of the faithful to manipulation

"Many in your world follow the Christian faith. We think this is admirable though it is certainly not the only approach to the fundamental questions of spiritual identity and purpose in life. The visitors will utilize the fundamental idea of allegiance to a single leader in order to generate allegiance to their cause. Within the context of this religion, the identification with Jesus the Christ will be greatly utilized." [4]

“Religion must serve the world in its current state of evolution. The world’s major religions have all evolved the race towards a greater interaction between different peoples. This is especially true of Christianity, which has spanned your globe and now connects people who may otherwise have no association with one another. Now they have a common faith. Now they have common rituals and common observances. This is a remarkable accomplishment in a world that is still deeply mired in tribal identities.” [2]

"If you are a Christian, you must realize that Jesus stands by the Messenger, for Jesus will not return to the Earth, but is now overseeing humanity’s emergence into this Greater Community of life."[6]