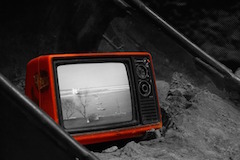 Influences in the mental environment

"Mental environments are made up of forces and stimulants. Each force has an effect upon you and you, in turn, have an effect upon it. If you go to a place where everyone is focused on a sports event, it can be much easier to enjoy it and participate in it than it would be watching it on the television. This represents a mental environment." [1]

Heightened sensitivity among students of Knowledge

"People who undertake the reclamation of Knowledge often find themselves withdrawing from life in certain ways in order to minimize or limit the influences of society upon them. This gives them the freedom to re-evaluate themselves without feeling bombarded by the world’s influences and images. This is why many people who begin to study The Greater Community Way of Knowledge seek escape from television, radio and even music—not because these things are inherently bad but because they are so influential. They withdraw from individuals who influence them in ways that are counterproductive to their well-being and to their ability to refocus their mind. This withdrawal is necessary for people to rethink their thoughts, to have the freedom of evaluation, to gain control of their own mental forces, to deepen their awareness of themselves and to become more sensitive to the things that are influencing them." [3]

"We do not recommend that students of Knowledge read newspapers or magazines or watch television very much because this simply aggravates the personal side of their mind, which is where they suffer. If you are serious about finding a way out of suffering, you do not want to keep aggravating your problem by putting your finger in the wound. You must allow your mind time to settle down." [4]

Metaphors for the mind