Group Mind is the power of a group focusing together. 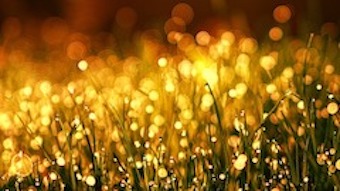 The power of group mind

"The power of the mind is amplified when two or more people are focused on the same thing, particularly if they are engaged at the level of Knowledge. This has a potency that is greater than what one individual alone can produce and has a greater impact on the mental environment, which means that a Group Mind can affect other minds if the group is sufficiently focused."[1]

"A Group Mind that is guided by Knowledge, the deeper intelligence within each person, has a far greater potency and depth. It can reach into situations beyond the realm of the five senses. It can affect thought and belief and even the outcome of the events."[1]

"Knowledge here must establish a real community—not a community of law, not a community that is governed by manipulation and coercion, but a community that is driven by intention, dedication and a certainty that specific people must bond together to get things done. For even if there were no Greater Community, only a group mind could achieve any great result in the world. Remember, an individual is only a potential for relationship, and a relationship is a potential for establishing something of meaning and value here."[2]

"Only a man or woman who is strong in the Way of Knowledge can withstand a Group Mind focus, but even they will have to have strong allies to assist them."[1]

"Greater Community forces are in the world today, in small numbers, determining how to preserve the environment for their use and determining how humanity can become part of their alliance. These forces are not united with each other but represent divergent groups. Here there is competition for humanity’s allegiance. Their numbers are small, but their power is great. Yet their technology is not the power that will give them dominance here. It is their group mind and their ability to affect the mental environment."[1]

"Your future is in the Greater Community. That does not mean that you will leave this planet and go somewhere else. It simply means that you will find yourself no longer alone here, and you will be confronted with forces that have greater mental abilities and greater social cohesion. They will be able to think with a group mind. It is only if humanity can develop a group mind based on Knowledge, within small groups of people, that there will be the real possibility of meaningful exchange and the real possibility that you will have the power and the insight to be able to maintain the self-determination of your race amidst the presence of greater forces."[2]

"Your individual intellect cannot compete with the power of the group mind that exists in the Greater Community. Yet Knowledge within you is immune from its inﬂuence and can see through its deceptions."[3]