"Forces of Dissonance always travel in concealment, attempting to hide their presence and to make their investigations as secret as possible."[1]

"There are greater powers in the mental environment that are extremely dangerous, and you must have the guidance of Knowledge to know when and where and how to apply yourself here. There are powerful individuals beyond your visual range, beyond your sensory perception, who you should not be in contact with under any circumstances, though they may appear to be very alluring and powerful.

This is not meant to discourage you, but to prepare you, to forewarn you. This is not a child’s game. This is not a casual pursuit. This is not something you do for fun or for thrills or for excitement or for self-importance. That is why these matters should never be discussed casually, except with other true students of Knowledge, and then only under certain circumstances."[2]

The perception of humanity by Forces of Dissonance

"The Forces of Dissonance, then, find you remarkably easy to influence."[1]

"The perception of you by the Forces of Dissonance, generally speaking, is that you are weak minded, foolish, inexplicable and somewhat fascinating."[1] 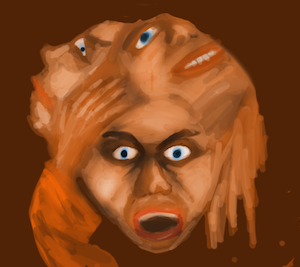 "The Forces of Dissonance are able to project images in the mental environment. Here they can project an image of a preferred religious symbol or personality. The people being affected by this can have this experience in their dreams or in an altered state. They will then think that they are having a religious experience, and they will want to give themselves to this experience."[1]

"With the Forces of Dissonance—those groups that are allied with each other and are attempting to exploit the world to discover its secrets and its wealth and who are testing human beings, both directly and indirectly, to learn of their nature and predispositions for possible future alliances."[1]

"Their minds can be easily read, for in the mental environment, only the very adept can shield their own thoughts effectively from both mental and technological scrutiny. The Forces of Dissonance are not adept, though they are clever and cunning in the ways of espionage and observation. They seem far more advanced than you in this regard and can easily observe you and are learning ways to manipulate you very effectively. But they are not adept, in that they cannot control the mental environment and they cannot shield their own minds effectively. Therefore, those who are wise and more advanced than they are in influencing the mental environment can not only comprehend their motives, but in time can learn to affect them as well. The Forces of Dissonance are, indeed, being controlled by others who are far more powerful but who are not present in the world."[1]

"The Forces of Dissonance are not trained in the ways of Knowledge. Here you have a possible advantage, should you choose to prepare and should you take your preparation seriously and undertake it with great patience and perseverance. Here is your advantage. That is why we emphasize the development of Knowledge. We do not emphasize it merely so that you will feel better or have a greater sense of purpose in the world or will feel more self-loving and self-accepting. No. Though these are the great rewards in following The Greater Community Way of Knowledge, this teaching and preparation are being called upon now for other real and pressing needs. The Forces for Good from the Greater Community are here to emphasize Knowledge, for this is what will save the human race. The Forces of Dissonance are not educated in The Way of Knowledge or they would not be Forces of Dissonance, for Knowledge cannot oppose itself and must contribute to the welfare and benefit of life everywhere."[3]

How to Regard the Forces of Dissonance

"Recognize the influence of the Forces of Dissonance within yourself." [4]

"With Knowledge, you can correct your own predisposition to follow the Forces of Dissonance, but you cannot correct the dissonance itself." [4]

"There are several things that you can do at the outset. First, you must learn not to become emotionally engaged with these forces as you learn to discern them and as you find yourself in situations where they seem to be prevalent. Do not love them. Do not hate them. Do not embrace them. Do not run from them. You can become objective because Knowledge within you is objective. Do not seek these forces out and do not avoid them at all costs. Knowledge will keep you away from them except in certain situations where you will be able to contribute something in a positive way." [4]