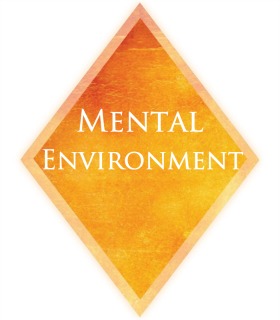 "Even your most educated, learned individuals are not seeing what is coming over the horizon. They think the future will be like the past. They think the future will simply continue what the past has revealed, perhaps in new ways. They do not see that the entire landscape will be changing. And of course then there is the problem of human denial—that no matter how educated you may be, you still have to deal with the tendency to deny things that are beyond your grasp or that emotionally you cannot deal with or that are too challenging or that are too mysterious or that are too overwhelming. In this, the learned fare only slightly better than the uneducated."[1]

Denial of the New Revelation

"If you are really honest with yourself, then you will realize that you cannot say what God will do and not do. You cannot claim your religion is the only religion or the great religion or the last religion or the final religion, for this is to claim that you know God’s Plan and Purpose now and into the future, and no one on Earth, no one in the physical universe, can make such a claim. Here you begin to see the burden of the Messenger. He will point to the Revelation—its empowerment for the individual, its direction for the leaders of nations, its message of purpose, unity and urgency. He will speak of great problems that people do not want to face. His words will fly in the face of human denial and presumption."[2]

Denial in the Great Waves of Change

"Why are people living twenty miles outside of a town, when the world’s oil supplies are diminishing? Why are people invested in things that have no future, that will not survive in the Great Waves of change that are coming to the world? Why are people not paying attention to the changing circumstances of their lives, hoping and believing that everything will get better or that someone else will fix things up for them? Clearly this is unintelligent, and yet you can see this is a product of social conditioning and social adaptation. It is the problem of human denial. It is the problem of not honoring and observing your own experience to see what it is telling you, to see the signs it is giving you. It is avoiding the signs of the world so you do not feel uncomfortable or anxious."[4]

"People want to feel that nothing is going on. They want to give themselves comfort and reassurance. They want to offset their discomfort within themselves, which is actually Knowledge calling them. They would rather be happy today and tomorrow, and so they look for whatever intoxicant, ideology or reassurance that will give them that which they desire because they do not want to know. They do not want to see. And they do not want to have to act. As a result, they will be the victims of the future and not the contributors to the future, for life will overtake them and they will not be prepared. And they will be bitter and resentful that their life turned out the way it did because they thought that it should have been otherwise."[5]

Denial of the Intervention

“Many people conclude that the visitors are beneficial because they haven’t already attacked us and taken over. What would you say to this?"

"The Intervention is not here to attack humanity but to persuade humanity. The Intervention needs a compliant humanity to work for it and to engage with it to become part of its Collective. This assumption that humanity would be attacked and overtaken is entirely wrong. It is how you view gaining access to new lands and new resources. But even in your modern world, economic, more than military, forces are used to gain acquisition to resources, and this is what is happening to the world regarding its relations in space. You are encountering small, economic Collectives who are here to begin the process of acquisition that larger nations can assume later on, if the Intervention is successful in establishing its presence and its power in your world. To think that you would be attacked is wrong, and to think that because you have not been attacked that the forces that are here are beneficial is wrong. Both are based upon false assumptions. Therefore, the conclusions are incorrect."[6]

Denial of the Messenger

"People have no idea what it means to be a Messenger or how Messengers are selected or prepared. They want to worship heroes or deny them altogether."[7]

"People who will deny the Messenger are those who are afraid that their previous understanding might be challenged, that they may have to adjust and correct their thinking and change their approach to life. Here the rich will find it more difficult than the poor, for the poor are already in great need and do not have a great investment in the world. Those who deny the Messenger will do so to protect their investments and their philosophy, their theology and their social position. They will expect that God will honor these things. But God has no regard for these things."[8]