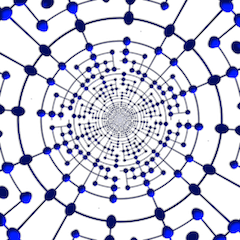 "[This is] the largest Revelation ever given to this world, given now not in pastoral themes and anecdotes but in the clearest possible terms, with much repetition and clarification. It brings its own commentary, which cannot be left up to individuals at this time and in the times to come."[1]

"It is only by coming to God’s Revelation that you can see that it is truly what it says it is, that it speaks wholly and honestly and plainly, for there can be no mistake." [1]

"God’s New Revelation for the world at this great turning point is the most expansive ever given to the world—given to a literate world now, a world of global commerce and communication, a world of global dangers and risks, given now with its own commentary to limit the possibility of it being misconstrued and misapplied in the future, given with great repetition, said in many ways to give the greatest opportunity for people to truly understand what they are receiving and why it must be given at this time."[2]

"Jesus was made into a god because as a Messenger he seemed inadequate to move the people and to establish a religion based upon him. So the problems in interpretation began at the outset with people who had no notion of the power and presence of Knowledge within themselves or others. They would miscast religion for their purposes—to create social order, to create a uniform understanding and belief and to harness people under this administration of thought. And so the Mystery of the Holy Spirit speaking through the Messenger became lost except to a few." [3]