"Humanity’s overuse and abuse of the world is now changing the natural balance."[1]

"For you have changed the air, the waters and the soils so much that the world will begin to change on its own, a change brought about by human misuse and abuse of the world."[2] 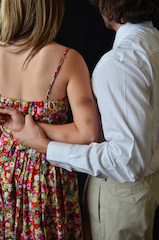 "The confusion about male and female roles, the masculine and the feminine, has led to a great retardation in human development and great abuse of people throughout the ages in many cultures. To limit women to child raising and domestic duties and minimal employment opportunities is a great mistake, and wherever that exists in any culture, that culture will suffer as a result." [3]

"Many have claimed spiritual power and dominance. Many have assumed a mantle of spiritual responsibility. Others have claimed to be the true vehicles for Divine Will and intention in life. Yet look at the results of their interactions. After all, everyone wants to feel that they are in the right. Even if people are doing something they know to be wrong, they want to feel justified. There are those who are certain that they are in the right and are unwilling to face the prospect that they might be in the wrong. They claim Divine sponsorship for their lives, their thoughts, their actions, and all they may attempt to do with others. Here you will find abuse. Here you will find grave error. Be careful. Become present. If you are still and observant, you will be able to see what others miss." [4]

"You should know that no one is ever condemned to death in the name of religion. God has never given prescriptions for this, in any form, in any tradition. If you see this written in religious texts, it is because it has been added by people. It has been invented. It is a human invention. God never prescribes death as a punishment under any circumstances. So if it is prescribed, it is done not with God’s blessing. Whatever justification is given for capital punishment, it is given by people and not by God. That must be clearly understood, and the fact that it is not clearly understood gives rise to much confusion and much misinterpretation of what religion is and what it is for and what it is here to promote."[5]

"To claim death or physical abuse or punishment in the name of God is an abomination. It is a violation. It is a misunderstanding and misuse of religion. And there are no exceptions to this. No matter how grievous a person’s errors, no matter how different a person’s view might be, capital punishment and physical abuse are never allowed in the name of God. It is untrue fundamentally. It is inherently wrong. It is an abomination." [5]

"Anger, depression, chronic confusion, self-denial and self-abuse--all these are the result of not responding to a call for work in the world and not fulfilling that response." [7]

"To break out of the personal hell of isolation, to break out of the domination of the mind and the domination of your social conditioning, represents freedom in the most fundamental way! For you can be free in the world, but if you are not free inside, well, you cannot really take advantage of your external freedom. Look about you in the world. People seem to be free, relatively speaking, compared to, say, other people in the world. And look what they do with their freedom. They become lost in addictions, they make horrendous mistakes in their relationships, they abuse themselves physically and emotionally." [8]