"There are many others who have been taken by the visitors already but who have not yielded to them or to their persuasion." [1]

"You have to speak out against the abduction of people against their will." [2]

"The taking of people against their will must be exposed and denounced. It is for an insidious purpose. It can only weaken and divide the human family even further. You must recognize that competition now exists—competition from beyond the world. This competition must be recognized and must be exposed. Those who have believed that this presence is here for humanity’s good must see that this is not the case, that they have been deceived and that those who have been taken against their will believe in things that they were encouraged to believe." [3]

The Agenda behind Abduction

"Certain people are chosen given their predispositions and their vulnerabilities. They are used like laboratory animals, so to speak. The will of the investigators is not malicious; it just does not have human ethics. You are regarded as interesting, potentially dangerous and possibly useful subjects for study." [4]

"Some have been taken against their will aboard craft, alien craft. It is a phenomenon that has only recently been discovered and researched.

It is a worldwide phenomenon. It is being done to breed a new leadership for humanity for the future. Should the Intervention prove to be successful, individuals will be in place, appearing to be humankind, but dedicated and connected to the Intervention itself. Others are taken to be reconditioned, to be turned to support the Intervention and its plans and goals for humanity. It is one of the great dangers facing the human family at this time, a great danger that very few people in the world are even aware of." [5]

“You mention that individuals are being taken all over the world. How can people protect themselves or others from being abducted?”
"The more you can become strong with Knowledge and aware of the visitors’ presence, the less you become a desirable subject for their study and manipulation.
The more you use your encounters with them to gain insight into them, the more of a hazard you become. As we have said, they seek the path of least resistance. They want individuals who are compliant and yielding. They want those who cause them few problems and little concern. Yet as you become strong with Knowledge, you will be beyond their control because now they cannot capture your mind or your heart. And with time, you will have the power of perception to see into their minds, which they do not wish. You then become a danger to them, a challenge to them, and they will avoid you if they can." [1] 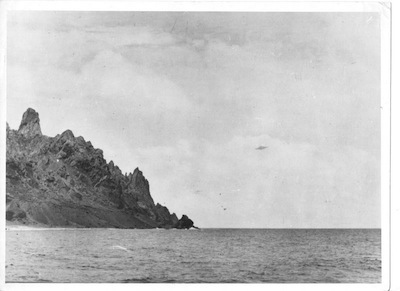 "For the vast majority of people in your world, the Intervention will be unknown and completely hidden. Yet for those who become aware of it, either because they have been taken, or because they have witnessed evidence of the Intervention in your world, these individuals will either be encouraged to believe and to support the Intervention or they will be cast aside and tormented by it. Already, there are individuals in your world, we understand, who have been cast aside and who are tormented, who have seen and felt and recognized things that they cannot incorporate into their understanding. Finding no compassion amongst their human fellows, they deteriorate into depression and into self-disassociation.

Here the visitors attempt to either bond you to them or try to switch you off. Only one who is strong with Knowledge will be able to resist the inducement and to find insulation and freedom

from torment. That is why learning The Way of Knowledge must be encouraged." [6]

Other Biological Elements Besides Humans

"Many biological elements have been taken from the world periodically to support the emergence of life elsewhere." [7]

"The Collectives seek a more permanent residence in this world. They seek it as a world that either they or their clients could own and govern from afar, with human assistance. That is why such great care has been taken to study human psychology, human physiology and your reproductive process, as well as the biological hazards that exist on Earth. That is one of the reasons that plant samples have been taken and the world has been observed for such a very long time."[8]

Humanity from the extraterrestrial perspective